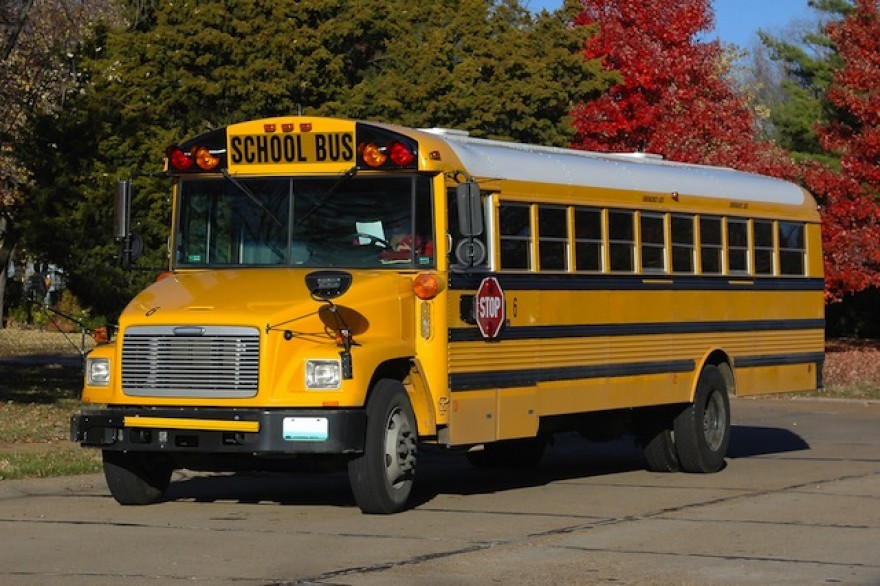 This story was originally published by New Hampshire Bulletin.

Now, as the state gears up to distribute the money, the organization running the “education freedom accounts,” the Children’s Scholarship Fund, is officially partnering with a national company to oversee how it’s spent. The company, ClassWallet, has partnered with states and schools to help administer grant money digitally, program administrators said Monday.

Get NHPR’s reporting about politics, the pandemic, and other top stories in your inbox — sign up for our newsletter today.

Under the education freedom accounts program, which the New Hampshire Legislature passed into law through the two-year budget in June, families earning up to 300 percent of the federal poverty level can access the state grant money that would otherwise go to their child’s public school – an average of about $4,600 per student. That money can then be used toward private school tuition, homeschooling expenses, or a number of approved school supply expenditures.

Republicans, including Gov. Chris Sununu, have hailed the EFA program as a means to give financial choice to families dissatisfied with their public school. Democrats and public school advocates have argued the program is an inappropriate use of public funds that will hurt public schools financially.

The program is administered by the Children’s Scholarship Fund of New Hampshire, a nonprofit organization that has authority over which private schools and expenditures meet the requirements for the program.

But the new contract with ClassWallet will help the scholarship fund digitize the process and more easily monitor how families spend money from their grants, said Kate Baker Demers, executive director of the Children’s Scholarship Fund, in an interview Monday.

“We couldn’t run the program without the technology,” she said. “You have a multi-use restricted account that can’t be monitored in any way but a digital wallet.”

Launched in 2014, ClassWallet initially focused its services on public school teachers, creating a digital framework to help teachers spend grant money and coordinate fundraisers for school supplies or field trips. But as more states have passed school voucher programs, the company has branched out into education financial management for families.

Today, the company helps administer “education savings account” programs in North Carolina and Arizona, managing a total of $250 million. It also has had a role in distributing emergency federal COVID funds providing financial relief to private schools in Georgia, Idaho, Oklahoma, and Texas.

The digital approach will replace a paper and mail system used by the Children’s Scholarship Fund to administer its education tax credit scholarships, a separate program that the organization has been running since 2013.

Under that system, families approved for scholarships were required to make the expenditures before they received the money, then fill out a paper form and mail a copy of the receipt to the scholarship organization, Baker Demers said. The organization would then mail checks back to the families. The system was slow and sometimes cost-prohibitive for families that didn’t have the money to make the purchases upfront, even with the later reimbursement.

The ClassWallet system, which the Children’s Scholarship Fund tested earlier this year with homeschooling families in the scholarship program, will mean that families won’t have to make expenditures from their own funds at all, Baker Demers said.

“We tested the digital wallet, and it increased our efficiency by like 100 percent,” she said.

The program will also help to safeguard against fraud, Baker Demers said. A family that buys a Chromebook on Amazon using EFA money and then attempts to return it will need to do so through ClassWallet, which will put any return back into the EFA account.

ClassWallet will not be paid directly by the state for its services, but under the law, the Children’s Scholarship Fund will receive 10 percent of the value of a student’s EFA account for administration. A significant portion of that administration fee will go toward paying ClassWallet, Baker Demers said.

“It is expensive, and we’re paying it out of the 10 percent,” she said. “… It’s not a cheap way to do it, but it is, I think, correct. I would rather have it be correct than cheap.”

New Hampshire’s EFA program has proven more popular than the Department of Education had initially predicted; late in August, Commissioner Frank Edelblut said the state was expecting between 1,000 and 1,500 students to take up the program ahead of its first quarter of distribution in November – far higher than the 28 that had been previously predicted.

Proponents of the program have cheered on the numbers as evidence that the EFAs were meeting a demand caused by frustration over remote learning during the pandemic; critics warned that the surge in interest meant the program would cost millions of dollars more than had been anticipated and budgeted for in the spring.

On Monday, Baker Demers confirmed that the Children’s Scholarship Fund was expecting a take-up rate around the 1,000 to 1,500 range in its first quarter. Applications have taken around four weeks to be approved by the fund, in part due to the income eligibility cap, which requires the organization to examine the applicants’ tax records, Baker Demers said.

The organization must make its first report to the Department of Education Oct 2. Then, the department will have around a month to turn around the approved grants, which it will pass along to ClassWallet.